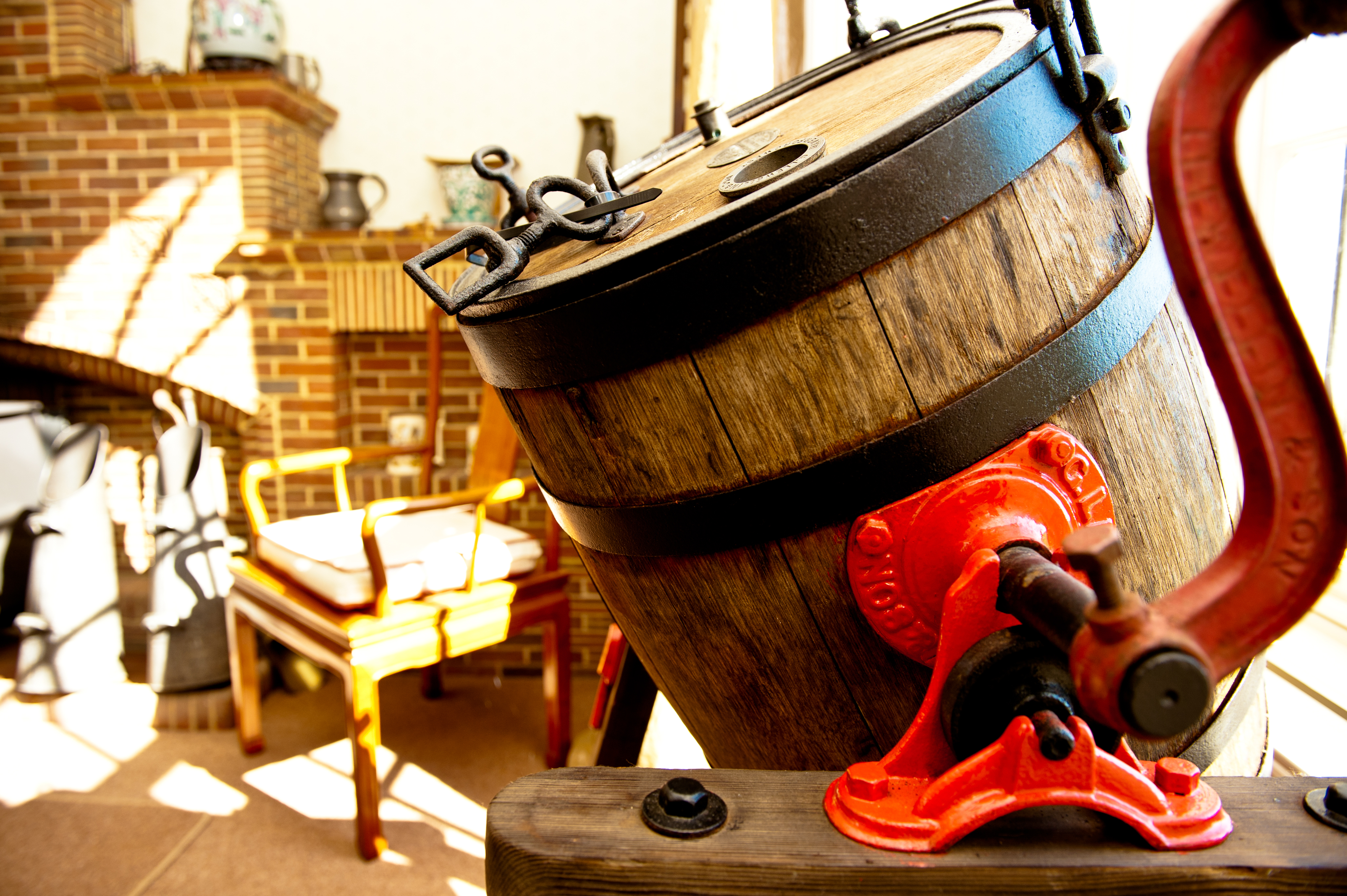 The Boulston Manor Estate has a significant historical background to the area. It was acquired in the 15th Century by the Picton branch of the once all-powerful Wogan family and remained with the family until the late 18th Century, when the Acklands became ‘Lords of the Manor’.

The current Manor house looks down across gently sloping parkland onto the Cleddau Estuary, which was once a much-frequented highway. The ruins of Boulston Church, once the private mausoleum of the Wogan family, lie on the rivers edge and are obscured by trees and bushes which have grown over and into the ruins. In and around the Church are fragments of dressed stones and broken memorial tablets testifying to the long departed glories of the Wogan family. There is one slab, which is richly carved with the crest and coat of arms of the Wogan’s. A tiny child effigy has been removed for safe keeping to a nearby Uzmaston Church. The Church has many features that commend it to public interest, but its chief distinction unknown to most people is that it is one of only two Parish Churches and churchyards in the country privately owned. The Church was rebuilt by Robert Innes Ackland in 1843, but since then it has gone into decay.

Downstream from the Church are the ruins of Old Boulston Manor (Old Hall), although not much of the great building is left it is still possible to make out the 6ft thick walls and here and there ragged openings lead down into the dark cellar of the original Medieval Hall. In the 16th Century two multi-storey towers were added at either end of the hall and a series of walled courtyards and water gardens were built by Robert Innes Ackland in 1843, but since then it has gone into decay.

Boulston Manor is situated about 3 miles from Haverfordwest and is situated in mid Pembrokeshire, known as Little England beyond Wales. The approach from the town is a pretty route alongside the estuary, which becomes more wooded as the Manor gets nearer. The drive is lined with Rhododendrons, until it opens up in front of the Manor with its parkland and the estuary beyond.

The market and County town of Haverfordwest offers all the necessary everyday facilities. Pedestrians in certain places it has the latest high street shops, department stores, supermarkets, banks and building societies. There is also an extensive range of restaurants and hotels, a farmers market and an organic shop in the area.

The property benefits from an excellent range of communications with the rest of the country. Transport in the region caters for all needs; Most roads in mid Pembrokeshire lead to Haverfordwest and with the M4 only 30 miles away means that there is quick and easy access to the area. Rail services run from Haverfordwest to a number of major cities throughout Britain such as London Paddington and Swansea, as well as the smaller towns. Bus services include the National express service from Cardiff to Haverfordwest in less than 4 hours (change at Swansea) and the West Wales Rover Ticket (as many busses as you like in one day). Ferry services to Ireland from Fishguard to Rossalare are limited in early spring. However from May to September there are regular crossings using either the Super Ferry, which takes about 3hrs 30 mins, or the Stenaline Lynx-111. in about 1hr 50 mins.

Mid Pembrokeshire offers a wide range of historical attractions such as Picton Castle built in the 13th Century by Sir John Wogan, with its 40 acres of walled gardens, woodlands and Nursery, which is now owned and run by Picton Castle Trust. Pembroke Castle was the birthplace of Henry VII and is one of the most spectacular fortresses in Wales. St David’s Cathedral built in the 9th Century on site of St David’s 6th Century monastery has a rich Celtic Legacy and is one of the most breathtaking buildings in the region.

The Pembrokeshire Coastal Path (229KM) runs through Britain’s only Coastal National Park. The park encompasses Skomer and Skokholm Islands, which has the world’s largest colony of Manx Shearwaters. Grasshom has the fourth largest Gannet colony in the N. Atlantic and Ramsey Island is famed fro Grey Seals, Dolphins, and Porpoises along with Whales and Basking Sharks. There is a rich diversity of bird life in the park, ranging from Puffins, Cormorants, and Choughs to Peregrine Falcons, Razorbills and Oystercatchers, as well as thousands of migrant birds. Also along the coast are 50 beaches, 31 of which are seaside award holders, such as St Brides Bay on of Britain’s most attractive beaches. The sailing at Solva and windsurfing at Dale is extremely popular, along the coast steering, rock climbing, jet skiing, kayaking, diving and snorkelling.